Jim Buchanan – Down But Not Out, The Swelling Stage

Enduro Mountain Bike Magazine, UK Editor and unmistakable bike enthusiast Jim Buchanan, is currently out of action after receiving a nasty ankle injury at his last race of the season testing his future ride. Not really known for sitting down and taking anything on the chin, Jim has plans to be up and riding as soon as is physically possible. Here Jim writes of the first part of his recovery in an overwhelmingly frank and honest fashion, see how the big fella coped with such an injury and what he did to get back up and running.

I’m now 44 years young and in my life I’ve been through lots of things I guess many other people haven’t. I’ve experienced all polar opposites, from a privileged life to being homeless, I’ve been happy and settled, sad and nomadic, biking was where I met all the good guys, my solace, my savior, my aim and my focus from my late twenties right through till the present day. But in all this time of racing and riding on various forms of two wheeled toys there is one thing I have never experienced; an injury that requires proper time off any bike. The most I have suffered before in the injury department has been fractured ribs, shoulders sub-located, broken toe, broken knuckle (that was nothing to do with riding!) bad back and trapped nerves. Never have I been out of action for longer than about three weeks since 1995 when I first started. So after a silly crash at a local UK race, looking down and seeing my foot pointing backwards, instantly I knew I had pushed my luck too far. After nigh on 20 years of racing and silly crashes like these, finally Jim got bitten!

I learnt a good lesson that day at the Forest of Dean Mini Enduro, don’t go out on a new incorrect sized bike with all alien components and try and race it from the get-go. After a day of unconfident riding I had hit the deck, immediately some weird knee-jerk reaction took over and saw me stupidly trying to straighten my foot back again on the ground, god knows what I was thinking! I was soon at the nearest hospital to the event, put to sleep, foot pulled back out straight and informed I could go home and check myself into my local hospital for the ankle to be pinned and plated. I had two fractures; a chipped bone and the ankle had been made unstable from the dislocation, plus there was the unknown damage to ligaments and tendons. After an uncomfortable night at home on the sofa I was at Shrewsbury hospital for an eight hour wait for a bed. The saddle on the crashed bike

They offered me paracetamol as my only pain relief, I thought that is like taking a dustpan and brush to an earthquake, so I politely declined.
The next day they operated and sent me on my way home by late afternoon, armed with a set of crutches, a sore ankle and the instruction to keep my leg raised. The only other sign of a mishap on the crashed bike, that could’ve been expensive!

My pain threshold is pretty good, I’ve repaired my own leg from hedge trimmer gashes with superglue before now, to me a self fix is always best in my opinion and far more satisfying! But this is not an option with such an injury, I had to just sit this one out and with the shortest amount of patience of anyone I know, this was going to be a toughy.

My messenger pinged on the phone, it was a chap I knew from racing called Ian Dixon, he does his own laser treatment of broken bones and was offering to call round and give me a going over with it at a mega-reduced rate as a favor. Ian also informed me I should be nailing a massive 6000 calories per day, with lots of protein for the bones to heal, ‘Jees man, I’ll end up looking like Humpty Dumpty’ I thought! I know people who have had this procedure and sing massively of its praises, so I took him up on his offer, after all anything that speeds the healing process is a bonus. Next up I contacted Harris and Ross, these are the UK’s biggest private physiotherapy specialists, looking after so many top DH pros, Red Bull athletes, premiership footballers etc. They agreed to take me on as a showcase of their work; Darren Roberts, a respected guy from Harris and Ross gave me a bell and we were set up to meet once the plaster was off to start their treatment. Jim may still be smiling, but he is determined to be back on two wheels as soon as possible.

The next week was tough for me, I was very up and down, and I really don’t do ‘doing nothing’ very well. The wife had me on the naughty step after coming home to find me having cleaned and worked on bikes a day after the operation. The morning after, standing up was pretty intense, I had pushed it too far! In the days after, I did manage to get up and about getting jobs done, including going to the doctors and trying to get the insurance form signed. My head was a bit of a shed sometimes during this week, I would have times trying to get to sleep at night, wishing to turn back time, feeling pretty low after having spent countless hours on social media looking at hundreds of pics and vids of people out and about having fun or planning fun stuff on bikes. I felt like the unpopular kid who never gets invited to the party, then I saw a few posts from Martin Ashton (paralyzed from a bike accident) and it made me have a little word with myself, at least I will be back on two feet, what must he have gone through the poor guy! First the magnetic charge was run through the injury.

Eventually six days after the op, my re-visit was booked for the hospital for another week down the line. On that same day Ian paid me the visit, equipped with his laser machine, I half hoped it was going to be like the old James Bond films, where I’d be strapped to a table trying to avoid being cut in half! Instead, Ian turned up with some hi-tech but compact kit and got to work on me. First up he applied opposing magnet straps to my neck and ankle and I sat through 40 minutes of magnetic pulses I couldn’t feel, apparently this kind of charges the blood ready to take the laser. During this Ian told me of his impressive array of clients, including Greg Callaghan, British Super Bike riders, Olympic gold medalists and top Moto X ACU riders. After the magnets which ended up heating my ankle up, the laser was then applied. First to the back of the knee to the nearest lymph nodes, followed by the thigh, my toes and finally the back of my spine (here it felt real hot) I was worked on for about an hour, as Ian is a current enduro competitor and the UK’s first ever pro BMX racer we had lots to chat about!

Next up was the laser, not James Bond villians in sight though! Time for some tasty toe tingling!

I write this last paragraph now, 24 hours after the laser treatment, the time when the laser’s pain relief and swelling reduction is meant to kick in. I now have six more days to go before the removal of the first cast, when I’m going to be requesting a removable air cast and photos of my x-rays ready for Harris and Ross to take over. As I look down at my legs decreasing in muscle and belly increasing in fat I can only wish time away as quick as possible, ready for the next part of my story ‘On My Feet Again’ hopefully!

Big thanks to Ian from Professional Bodies Laser Clinics, Harris and Ross for agreeing to help out and my family for putting up with my miserable moments! 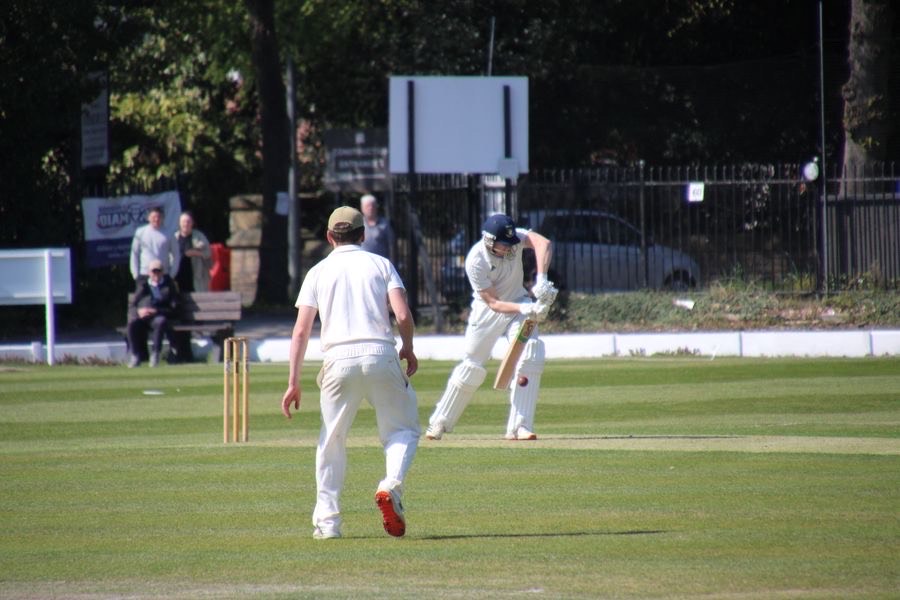